How to Configure a VirtualBox Virtual Machine

VirtualBox is a cross-platform virtualization software, which allows you to run another Operating System (such as Ubuntu) from your current Operation System (such as Windows). Using VirtualBox, you can try out, play with, test, or develop with other Operating Systems without having to reinstall your computer or potentially more complicated try to multi boot your computer.

In virtualization software terms, your computer is called the Host, while the other Operating Systems, or OSs for short, you install through the virtualization software, VirtualBox, are called Guests. Guests are often called Virtual Machines, or Guest VMs, or VMs for short. You can install as many Virtual Machines as you want. So you can try Ubuntu, Mint Linux, Windows Insider, Windows Server, Mac OSX, etc all from within your current Windows or Linux Host. The Virtual Machines are also self contained within one folder so you can backup or transfer the Virtual Machine to another computer. Thus you have a portable Operating System; of course, with the requirement of installing VirtualBox on the other Host computer.

Requirements: VirtualBox needs to be installed. You can follow this guide How to Install VirtualBox 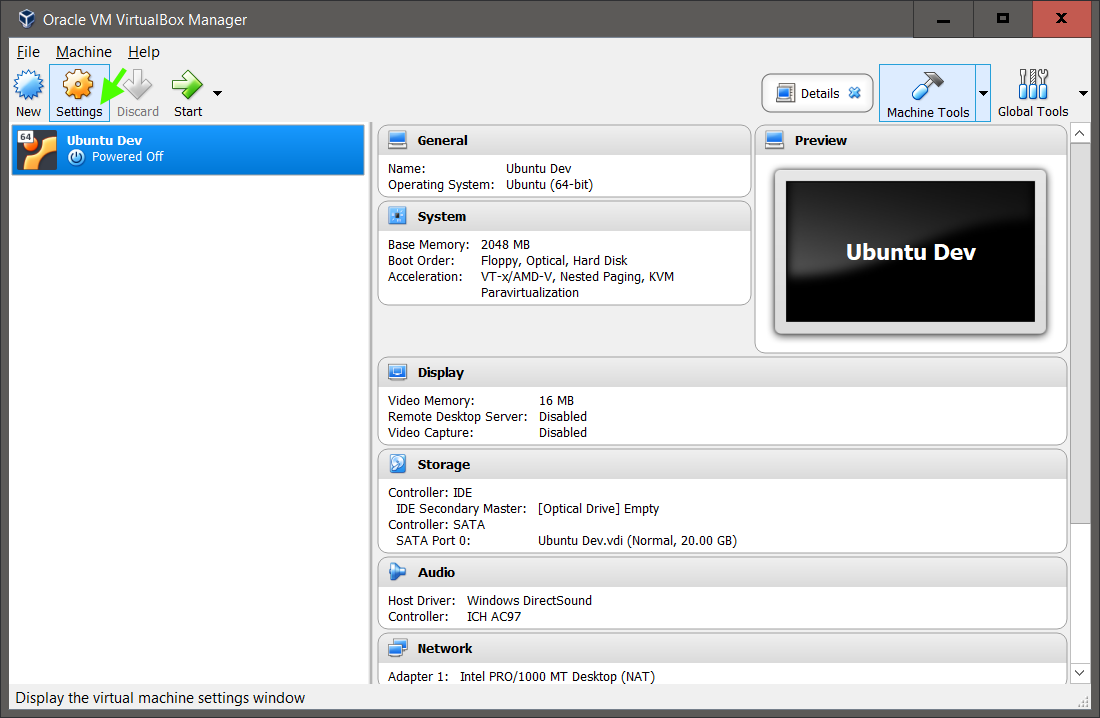 Some Settings you may want to change for most VMs follows: 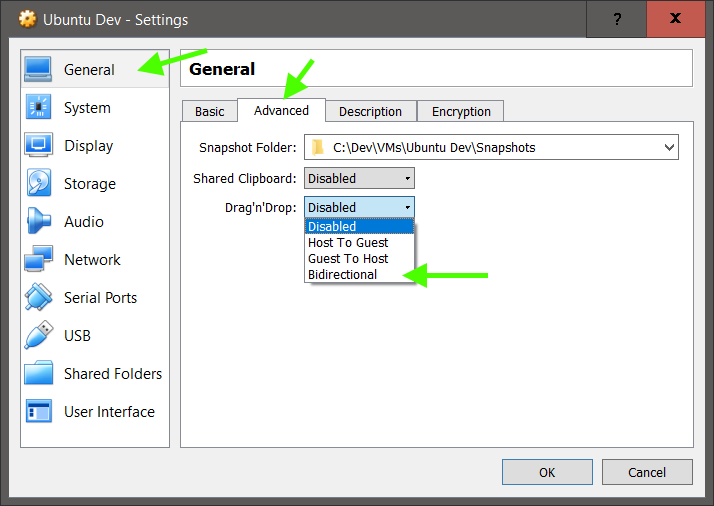 You can adjust the memory allocation

Uncheck the Floppy from Boot Order, as it's not needed for modern OSs in VMs 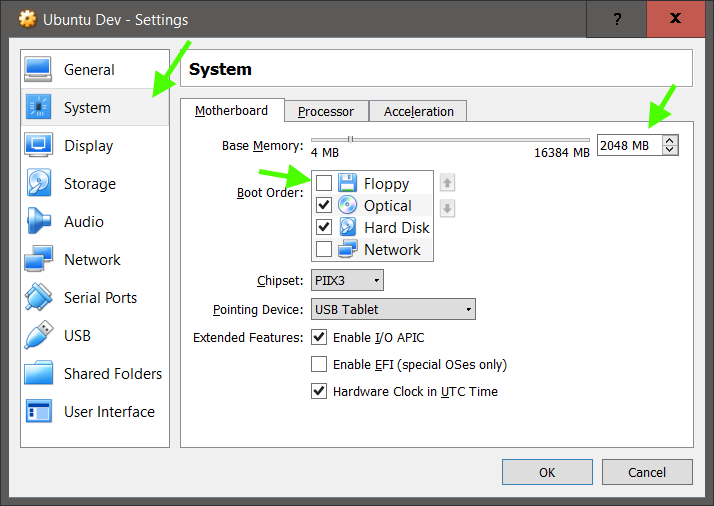 You can adjust the processor usage of the VM. If you have 4 or cores on your CPU, you can allocate some of them to the VM. 2 cpus allows some multitasking to occur. 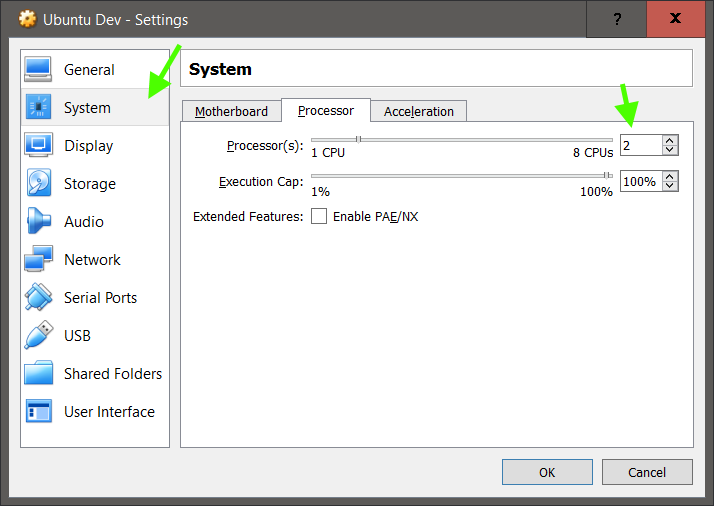 Note: You will also have to install VirtualBox Guest Additions within the Guest VM.  You can follow this guide How to Install a Ubuntu Virtual Machine or view the VirtualBox docs 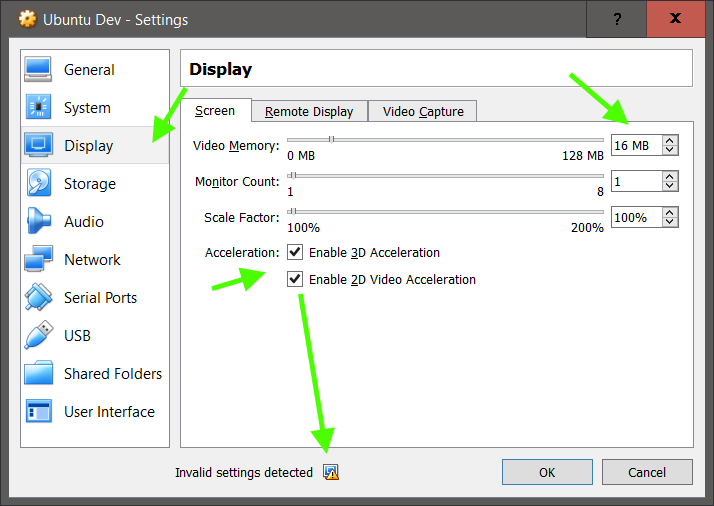 The default of NAT is fine. This allows the VM to use your Host computer network for internet access, but the VM does not get it’s own IP address. Another option is Bridged Adapter which will make the VM request it’s own IP address, and thus show up on your network.

While both options should work, depending on your Host computer, one or neither option may work without searching the internet for a solution, unfortunately. 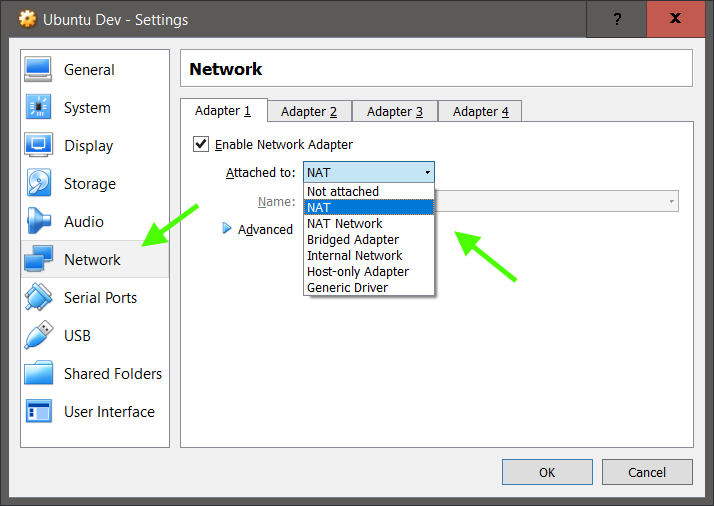 As the VM will not have it’s own IP address, you can set up port forwarding to access the VM Web and other servers. However, you will need the Host IP address and the VM IP address, which requires the VM to have been installed and run once.

NAT Network is a new NAT implementation for VirtualBox which you can try if NAT doesn’t work ie no internet access from the VM. You can also try different Adapter Types, though the defaults should be ok. 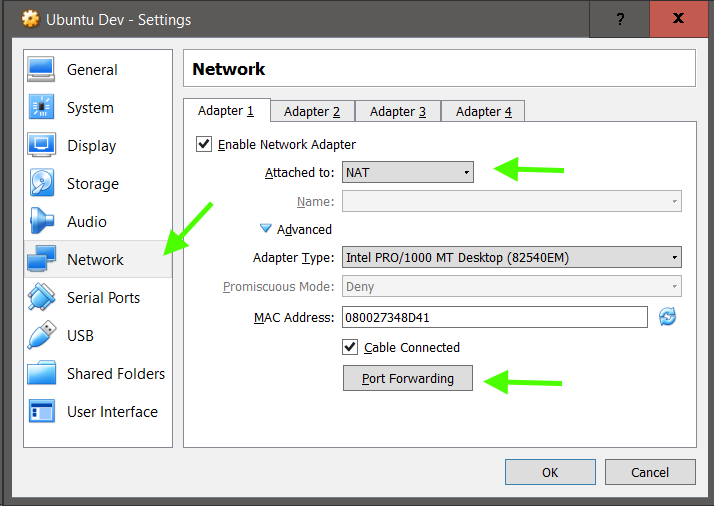 Bridged Adapter effectively creates a new network interface in software, thus allowing the VM to have it’s own IP address, which can facilitate the access of the VM Web and other servers. 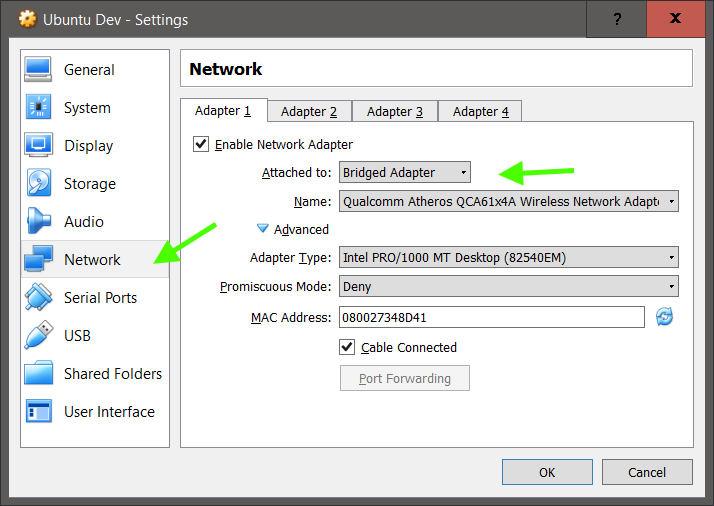 Adda shared folder to facilitate copying files between the Guest VM and the Host computer.

Note: You will also have to install VirtualBox Guest Additions within the Guest VM.  You can follow this guide How to Install a Ubuntu Virtual Machine or view the VirtualBox docs 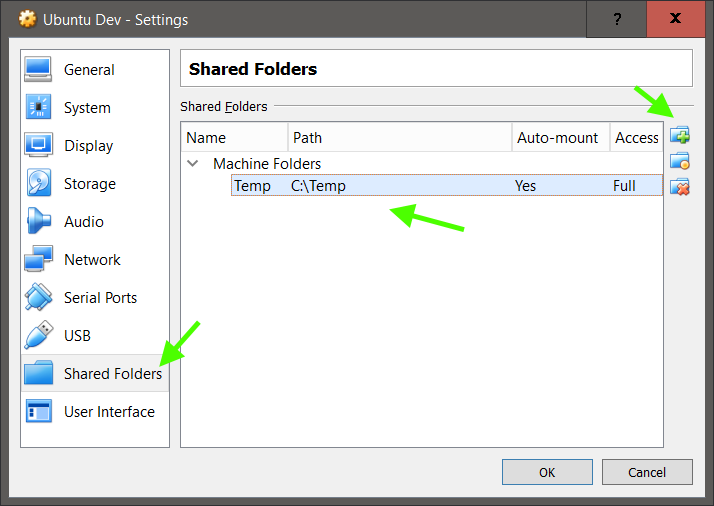 Click OK and your Settings are saved. You can always update the hardware settings later, minus changing the OS once a OS is installed. 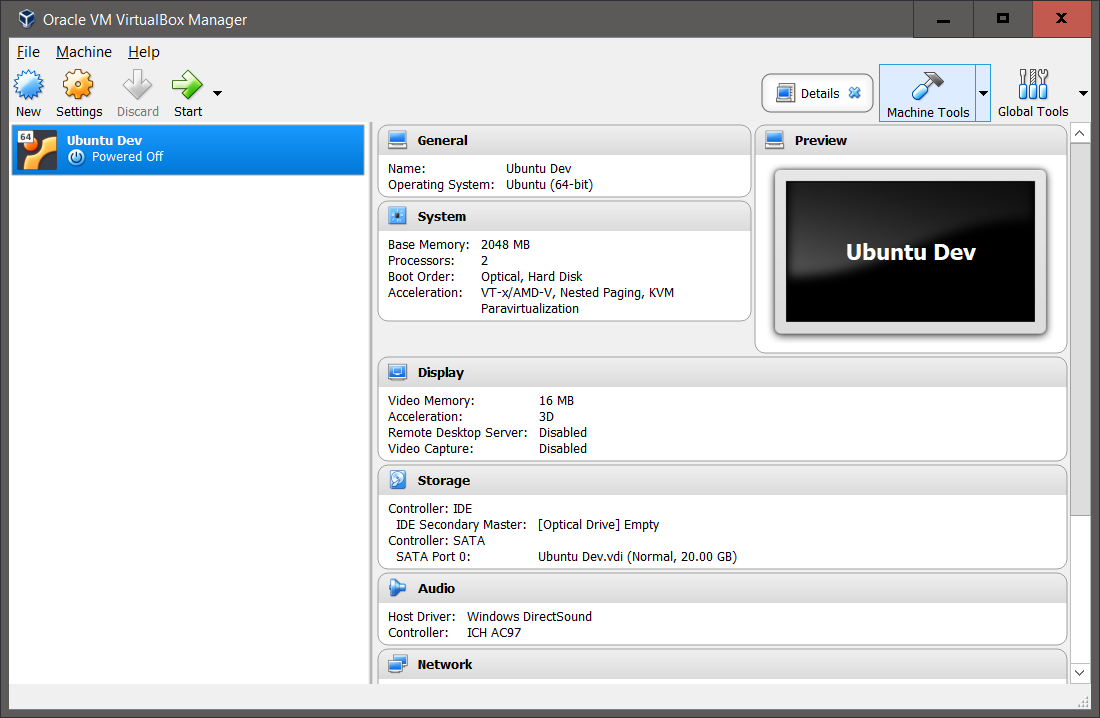 End of document. Thanks for reading.