While developing web sites/applications locally, to facilitate development, you often use a local host name, such as 127.0.0.1, localhost, site.local, example.test, or sub.company.local. While you can access the site/application using normal HTTP, sometimes the application is configured for secure HTTP i.e. HTTPS or you always want to force HTTPS no matter the environment (dev/qa/prod).
However, ‘made up’ local host names such as example.test, site.local, site.dev etc can not use an external ssl certificate, as they cannot be accessed remotely to verify authenticity by a certificate authority (CA). So typically one would create a self signed certificate. But over time, browsers have restricted the acceptance of self signed certificates, resulting in a less friendly or impossible developer workflow. So the next step would be to add your own CA to your local environment, but that can be tedious and error prone. Luckily, there is a utility which greatly simplifies the process, for linux, macos, and even windows -mkcert
“Using certificates from real certificate authorities (CAs) for development can be dangerous or impossible (for hosts like example.test, localhost or 127.0.0.1), but self-signed certificates cause trust errors. Managing your own CA is the best solution, but usually involves arcane commands, specialized knowledge and manual steps.
mkcert automatically creates and installs a local CA in the system root store, and generates locally-trusted certificates. mkcert does not automatically configure servers to use the certificates, though, that's up to you.”

To creating a usable self signed ssl certificate using Windows, Nginx, and Laragon (a portable LAMP stack): Download the latest mkcert for your OS (Windows in this case)

Copy the file to a new dir

And rename to a generic mkcert.exe

Note, assuming you installed/extracted Laragon to C:/laragon
In a command window with Administrator Privileges (Run as Admin)

Specify the destination of the CA cert

Set an temporary environment variable for mkcert to read

By default, it would have be in you user directory

Create and install your local CA

You will be shown a prompt warning you that you are doing what you want to do, add a local CA 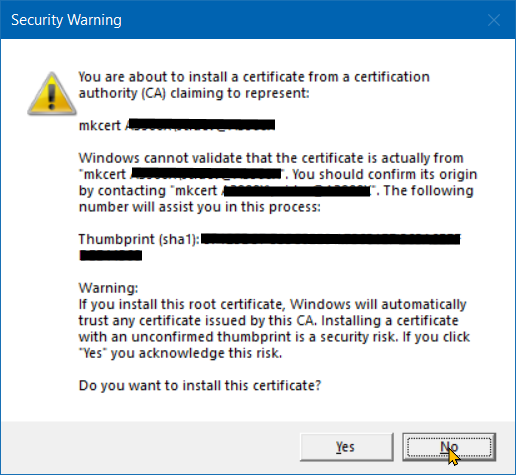 Note, by default the CA key will be named rootCA-key.pem and the CA cert will be named rootCA.pem. The names are hard coded in the project source main.go, if you want to compile the project.
You can view the CA via the Certificate Manager
Start Menu -> Run -> certmgr
Or
Laragon -> Menu -> Nginx -> Certificate Manager
Note, while Laragon does have its own CA which it can add, it does not seem to work with recent browser updates.
Click to Trusted Root Certification Authority -> Certificates 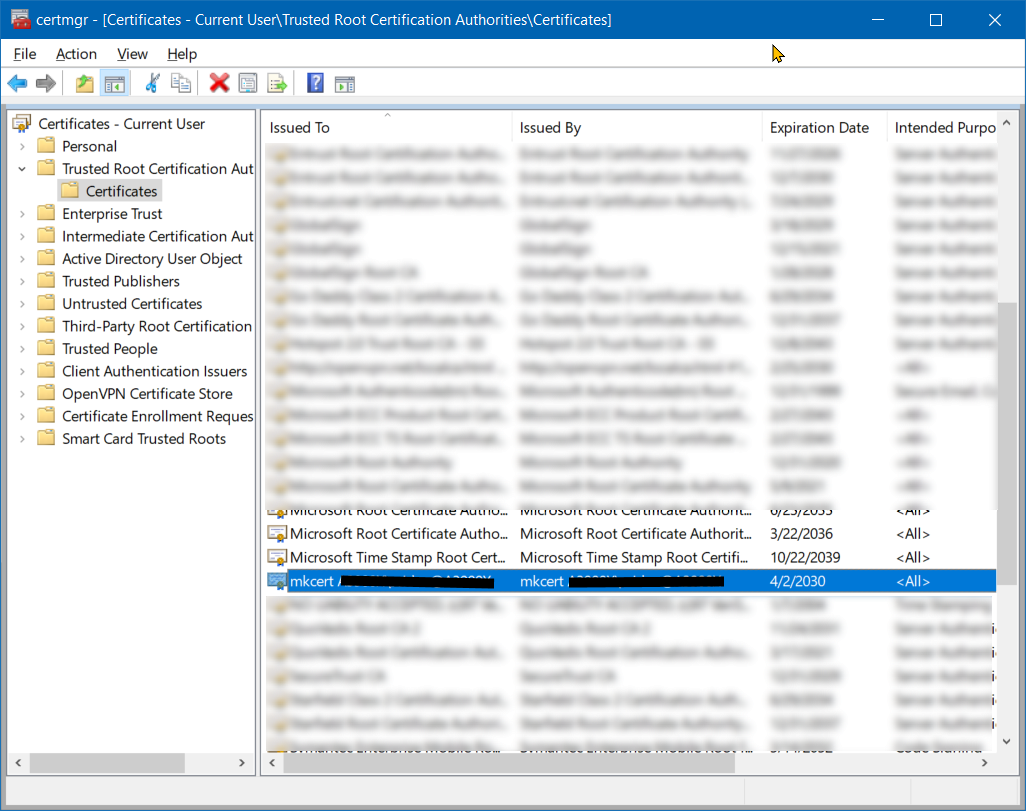 Note, you can delete it if you want by Right Clicking on and select Delete

Now generate the SSL certificate, which will be signed by the CA you just added

Would create the SSL key and cert in C:\laragon\etc\ssl as

Note, most browsers do not support wildcards 2 levels deep ie don't use just localhost or test

Note, Chrome redirects use of the .dev tld to HTTPS, as Google now owns the official .dev tld. While using any domain name which you override in your /etc/hosts file should be ok, it is best to use a domain you actually own. But if that is not practical, .test, .local, .localhost are the often provided alternatives.
Edit you Nginx or Apache config to add the SSL cert and key, and reload

Using the default website in Laragon as a working example

Viewing https://site1.dev.localhost
Should result in a valid SSL cert. 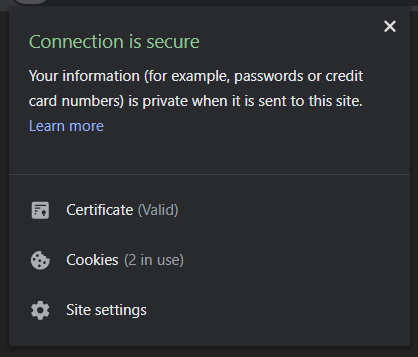 Enjoy your HTTPS, and develop away.

To install reinstall on a computer, or reinstall after deleting the mkcert CA
Copy the full Laragon dir, or the rootCA.pem at least

Set an temporary environment variable for mkcert to read

Re-enjoy your HTTPS, and develop away.