Cypress is a next generation front end testing tool built for the modern web.

Instead of using an external listener, such as Selenium, which can be 'flaky' at times waiting for responses, Cypress has been built to run in the browser so it can more accurately monitor and react to requests. More information can be found at Cypress.io

The following will install Cypress, give some configuration and organization recommendations, and show how to persist sessions. Writing the tests is up to you! (Write your first test)

cypress.env.json contains environment dependent configuration, such as user names for logins
You should create and maintain a
cypress.env.json.example
with the available config options too
An example config:
{
"web_base_url": "http://app.dev.localhost:8088/",
"login_username": "This email address is being protected from spambots. You need JavaScript enabled to view it.",
"login_password": "randchars"
}

Note, while Cypress does have a baseUrl config option that can be added to cypress.json, doing so does not allow the url to change per environment/developer/tester. If you are using a defined centralized test environment, or defined containers, then this should not be an issue. But to allow the url the app uses during testing to vary between environment/developer/tester, you can add and use your own base url by adding it to cypress.env.json


Support
The index.js in support is called on every run of a test.
This is where you can add global tests configuration and behaviors
Note, for easier maintenance, try to keep functionality to one file.

Support Commands
An example of a common executed test step may be to log in to your app.

Login UI
support/commands/login_ui.js
Create and add the minimal steps to log into your app, which may look similar to:
// https://on.cypress.io/custom-commands
Cypress.Commands.add("login_ui", (email, password) => {
// minimal info to login via ui
cy.visit(Cypress.env("web_base_url"));
cy.url().should("include", "[app_abbrev]");

Note, instead of using your apps ui to log in for every test, you should create a token or api access to expedite the test

Now you can call the command using one consistent statement

Stop on Failure:
support/callbacks/stop_on_failure.js
When on step of a test fails, it will often cause the next steps to fail.
So fail early so the problem can be found quicker.
Create and add
// after each test
// stop test after first failure
afterEach(function () {
if (this.currentTest.state === 'failed') {
Cypress.runner.stop()
}
});

Preserve Sessions:
support/callbacks/preserve_session.js
All tests are supposed to be isolated, so Cypress will often clean up your cookies.
While it would be nice if the cleanup happens after the first test, or the last test in a suite, the clean up will happen after a few tests, which can log you out of your app and make it seem like your app or the test are broken.
To persists your session, which is often stored in a session cookie, create and add:
// once before all tests
// preserve session cookie so don't get 'randomly' logged out after several specs
before(function () {
Cypress.Cookies.defaults({
preserve: ['your_sessionid_name']
});
});


Package.json
While you can run Cypress via
> npx cypress open

You can also add a more common alias to your package.json
"scripts": {
"test": "npx cypress open"
},


Hopefully the above information helps you setup and use Cypress in a more enjoyable and useful fashion.

By putting a cleanup Lifecycle rule in place on your S3 buckets, you may be able to potentially save costs and increase LIST performance.

"Incomplete Multipart Uploads – S3’s multipart upload feature accelerates the uploading of large objects by allowing you to split them up into logical parts that can be uploaded in parallel.  If you initiate a multipart upload but never finish it, the in-progress upload occupies some storage space and will incur storage charges. However, these uploads are not visible when you list the contents of a bucket and (until today’s release) had to be explicitly removed.

Expired Object Delete Markers – S3’s versioning feature allows you to preserve, retrieve, and restore every version of every object stored in a versioned bucket. When you delete a versioned object, a delete marker is created. If all previous versions of the object subsequently expire, an expired object delete marker is left. These markers do not incur storage charges. However, removing unneeded delete markers can improve the performance of S3’s LIST operation."


To add a cleanup Lifecycle rule: 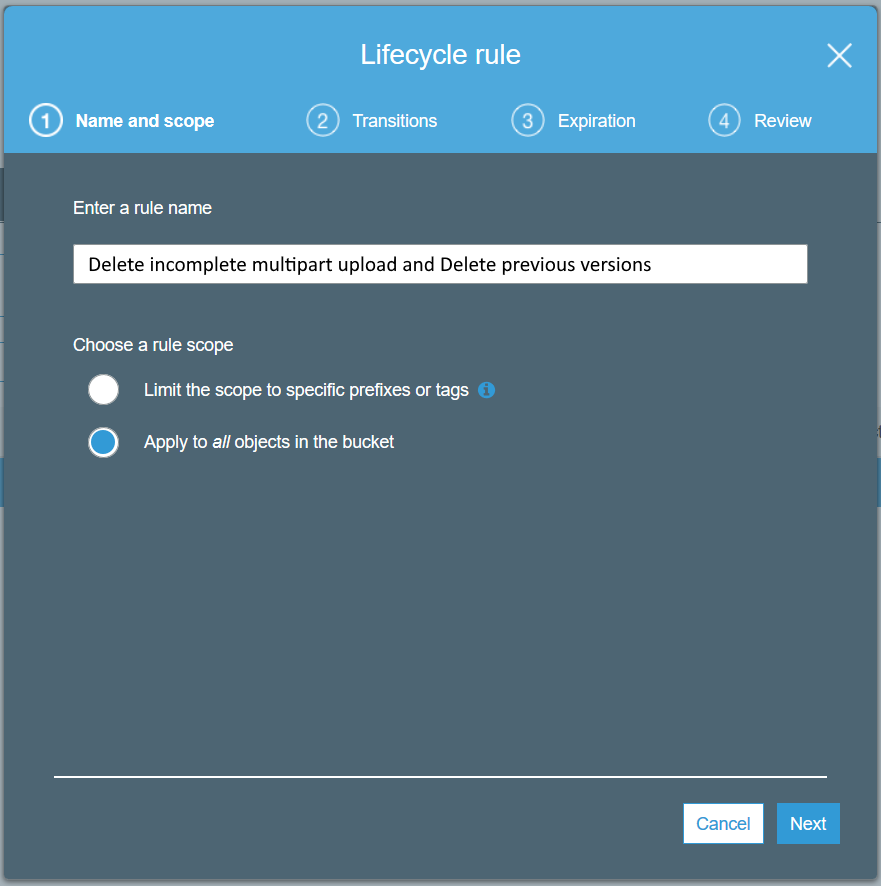 Transitions allow you to move storage to slower locations at a reduced cost
https://docs.aws.amazon.com/AmazonS3/latest/dev/lifecycle-transition-general-considerations.html


You can choose shorter periods such as 7 days or 30 days if you don’’t have a use case for retrieving prior S3 versions.
You will still have the current version, which is usually all you want, but deleting previous versions can help with costs and S3 LIST performance.

If you do not have any automated processes that may re-try uploads, you could choose 1 day 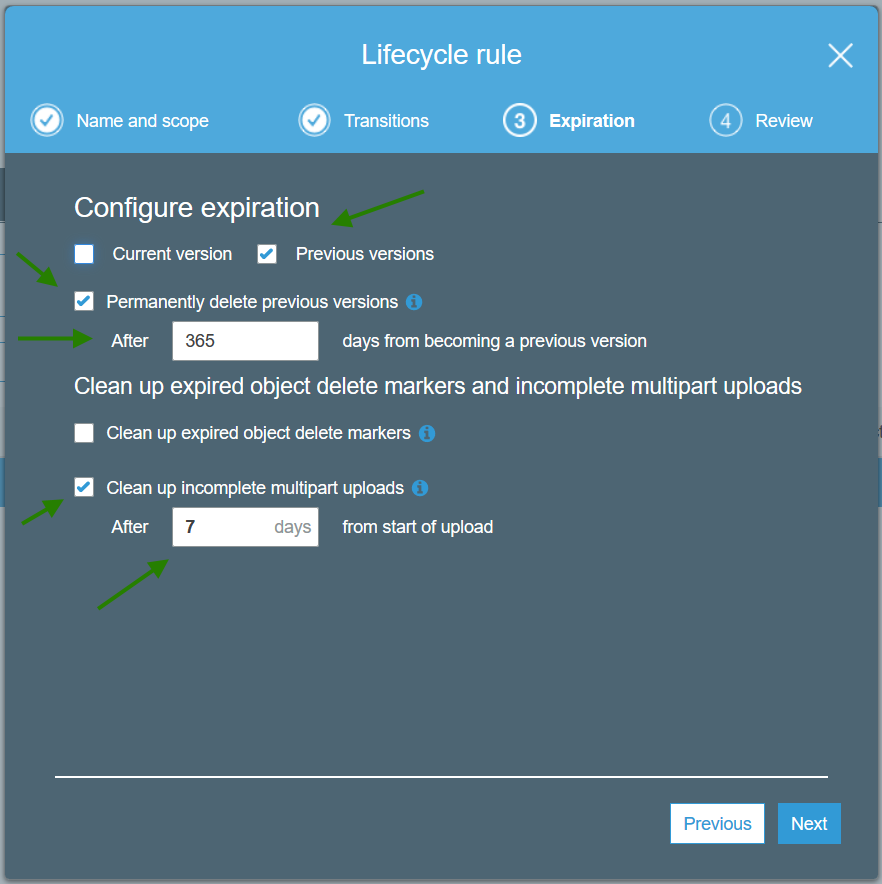 Agree to the 'scary' this applies to all objects in bucket
Note, if you have S3 objects (uploads) which require different policies, you may find it easier to manage by creating a S3 bucket per policy. 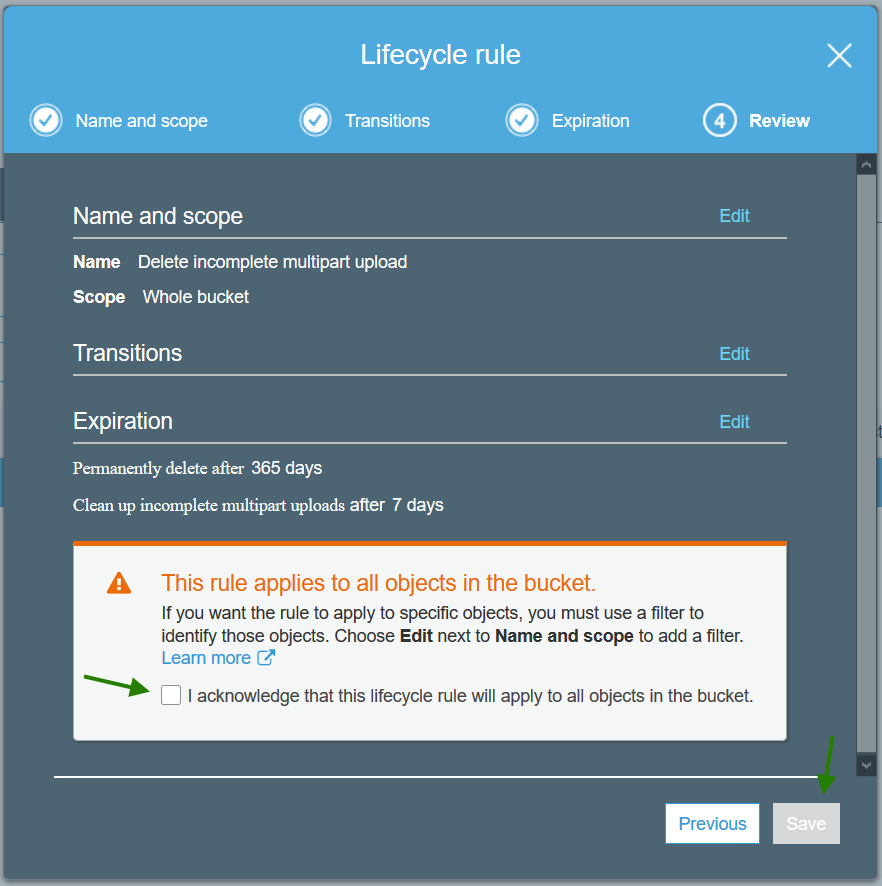 You now have some basic cleanup of your S3 bucket(s) configured.


-End of Document-
Thanks for reading

about
PHP CodeSniffer is an essential development tool that ensures your code remains clean and consistent. It can also help prevent some common semantic errors made by developers.   It is a set of two PHP scripts; the main phpcs script that tokenizes PHP, JavaScript and CSS files to detect violations of a defined coding standard, and a second phpcbf script to automatically correct coding standard violations.
https://github.com/squizlabs/PHP_CodeSniffer
goal
More consistent indentation, spacing, and formatting.
So your team will have less conflicts from git, and a more consistent code base to maintain and grow.
install
install via composer
> php composer.phar require --dev squizlabs/php_codesniffer:3.*
or edit your composer.json and add
"require-dev": {
"squizlabs/php_codesniffer": "3.*"
}
and then
> composer install
configure
create a config file where you composer.json is located
phpcs.xml
example of PHP CodeSniffer's phpcs.xml
https://github.com/squizlabs/PHP_CodeSniffer/blob/master/phpcs.xml.dist
But that is overly verbose.  A simpler config using PSR12 as a base rule, plus adding in your app dirs, excluding some shared libs/dirs, and some rules exclusions due to your app might be:
https://www.php-fig.org/psr/psr-12/
<?xml version="1.0"?>
<ruleset name="PHP_CodeSniffer">
<description>PHP Code Sniffer configuration file.</description>
<!-- https://github.com/squizlabs/PHP_CodeSniffer -->
<!-- check all these dirs/files -->
<file>app</file>
<file>bin</file>
<file>cfg</file>
<file>src</file>
<!-- but don't check these -->
<exclude-pattern>composer$</exclude-pattern>
<exclude-pattern>public$</exclude-pattern>
<!-- phpcs argument options -->
<arg name="basepath" value="./"/>
<arg name="colors"/>
<arg name="tab-width" value="4"/>
<arg name="extensions" value="php,js,css"/>
<!-- how many files to check at once -->
<arg name="parallel" value="10"/>
<!-- base rule: set to PSR12-->
<!-- https://www.php-fig.org/psr/psr-12/ -->
<!-- https://github.com/squizlabs/PHP_CodeSniffer/wiki/Customisable-Sniff-Properties -->
<rule ref="PSR12">
<!-- add any exclusions here -->
</rule>
<!-- Don't hide tokenizer exceptions -->
<rule ref="Internal.Tokenizer.Exception">
<type>error</type>
</rule>
<!-- require 4 spaces, css -->
<rule ref="Squiz.CSS.Indentation">
<properties>
<property name="indent" value="4" />
</properties>
</rule>
<!-- lines can be lineLimit chars long (warnings), errors at absoluteLineLimit chars -->
<rule ref="Generic.Files.LineLength">
<properties>
<!-- 120 is PSR12; cannot be 0; large for sql, arrays -->
<property name="lineLimit" value="360"/>
<!-- 0 to not show as error -->
<property name="absoluteLineLimit" value="0"/>
</properties>
</rule>
<!-- ban some functions -->
<rule ref="Generic.PHP.ForbiddenFunctions">
<properties>
<property name="forbiddenFunctions" type="array">
<element key="sizeof" value="count"/>
<element key="delete" value="unset"/>
<element key="print" value="echo"/>
<element key="is_null" value="null"/>
<element key="create_function" value="null"/>
</property>
</properties>
</rule>
</ruleset>
GitHub gist
Now setup PHP CodeSniffer for some ides
https://www.jetbrains.com/help/idea/using-php-code-sniffer.html
https://www.twilio.com/blog/set-up-php-codesniffer-local-development-sublime-text-php-storm-vs-code
results
A large amount of the corrections will probably be a mix of tabs vs spaces (use 4 spaces).
If auto correct a whole file, recheck it for unintended indentation (and fix), and functionality.
Only auto correct what you will verify and test ie not the whole app.
Commit auto corrects separately from fixes, so can see fixes in git diffs easier.
Your team should now have less conflicts from git, and a more consistent code base to maintain and grow.
-End of Document-
Thanks for reading 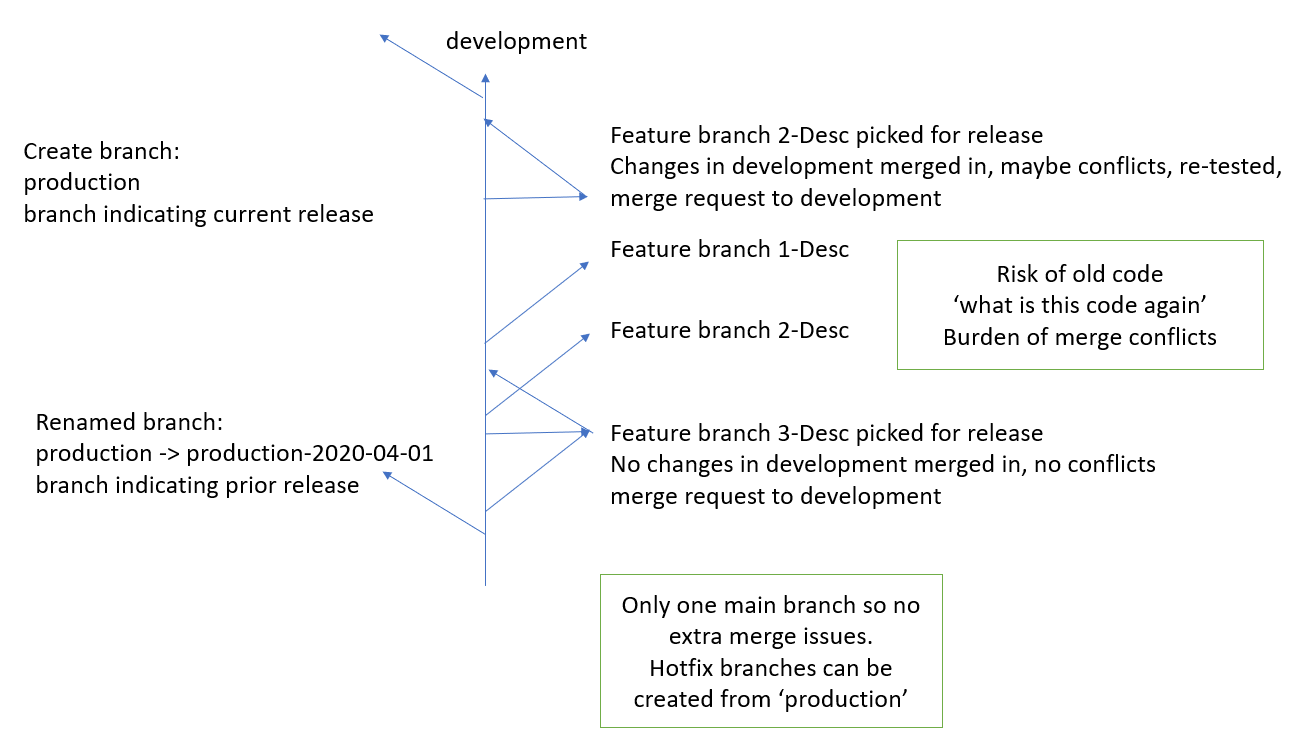